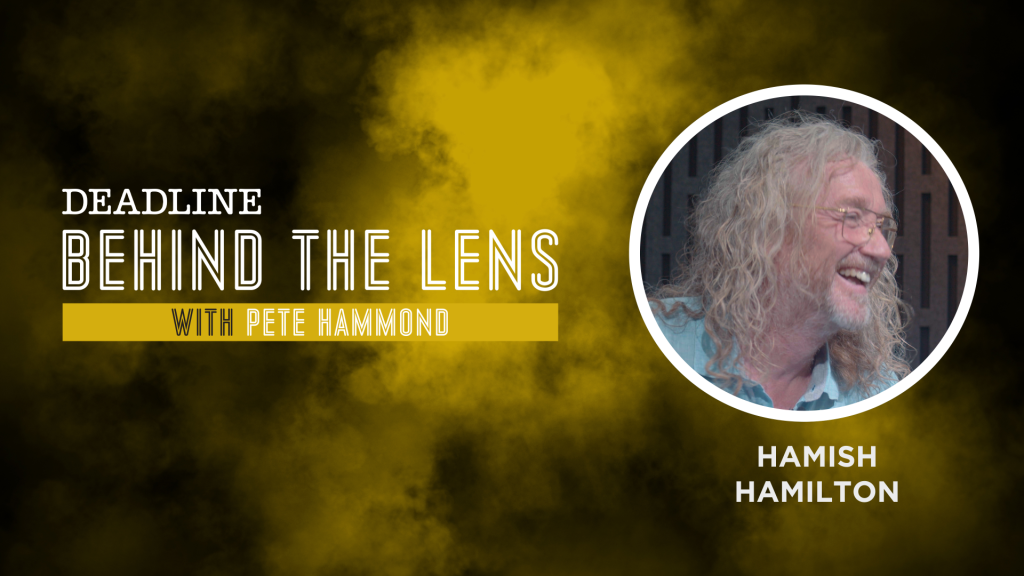 Hamish Hamilton has become the go-to guy for live TV, no question about it. If you need someone to put in television’s most intense, who-knows-what-could-possibly-go-wrong? pressure cooker situations, then Hamish is the director you want in the booth. Nominated for a career 8 Emmys for Oscars, Grammys, Super Bowl Halftimes, and the London Olympics opening ceremony, two of those noms have come this year including as Outstanding Director for a Variety Special (Live) for the Pepsi Super Bowl LV1 Halftime Show Starring Dr. Dre, Snoop Dogg, Mary J. Blige, Eminem, Kendrick Lamar, and 50 Cent, plus Hamilton is also up as a producer for The 64th Grammy Awards in Outstanding Variety Special (Live). Both those shows each have five overall nominations.  On top of this Emmy action, he also for the fifth year in a row will be directing the Primetime Emmys on September 12th.  He joins me today for this edition of my Deadline video series, Behind The Lens where we talk about his career  that also includes helming the 2014 and 2015 Oscars, and yes he also gives his thoughts about the Will Smith/Chris Rock situation on this year’s Academy Awards.  He has guided the Emmys from a directorial standpoint  through two years of Pandemic affected shows and has much to say about those experiences, plus gives a preview of what we might expect from this year’s show.  He talks about doing Super Bowl Halftimes since 2010, and why this year’s hip hop extravaganza might have been the best yet. He has many stories to tell and tells them well so join us for our conversation as Hamish Hamilton takes us ‘behind the lens’  at the link above.

These New Photos of Lindsay Lohan’s Falling for Christmas Movie Are So Fetch
Will People Vote For A Will Smith Movie At The Oscars After The Slap? Voting Members Weigh In
Lil Kim Reaffirms Cardi B Allegiance in Wake of Nicki Minaj, JT Beef
Kate Middleton Reveals Her Kids’ Hilarious Reaction to Seeing Pictures of Her Younger Self
Ringo Starr Postpones Concert, Cites Illness – But It’s Not Covid-19