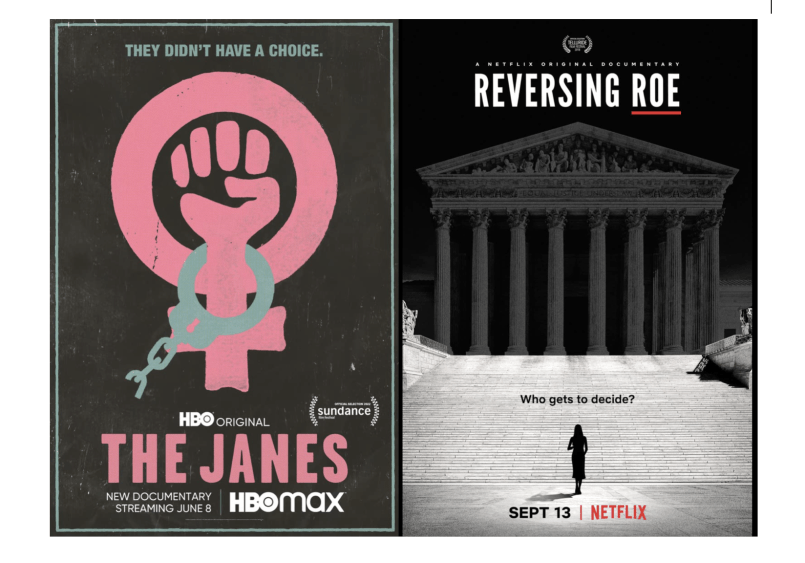 EXCLUSIVE: Filmmakers Ricki Stern and Anne Lundberg have seen this day coming. For a long time.

Their 2108 Netflix documentary Reversing Roe examined how right-wing activists, politicians and jurists were steadily chipping away at abortion rights across the country, with the goal of eventually overturning Roe v. Wade. Today it happened, in a 6-3 Supreme Court decision that tossed out Roe, permitting states to ban or severely restrict abortion.

“I think there was no surprise,” Stern said in an interview with Deadline after the ruling was announced. She said she felt “just absolute sadness and just despair, truly, because it’s the beginning of many, many kinds of Supreme Court decisions that, personally, I think are going to set us back. And as the film illustrates, this is a very politically charged issue, abortion rights. This is really about power and [ignores] the lives of many women who are going to be hurt by this decision.”

The new HBO documentary The Janes, directed by Tia Lessin and Emma Pildes, explores an underground network that sprang up in Chicago in the late 1960s to provide women access to abortion services before Roe v. Wade legalized the procedure. Today’s Supreme Court ruling overturning almost 50 years of law left them anguished.

“I’m gutted,” Lessin told Deadline. “We’ve been sounding the alarm for many months now. And even though the leak [of the Court’s draft ruling] gave us a glimpse of things to come, I think being in this moment now is wrenching.”

Pildes added, “It’s just been so emotional to think that here we are and all that stuff that we know to be true about the criminalization of abortion, and what happens when that’s the law of the land is, is going to happen again. Women are going to die and be injured and be humiliated and be sexually assaulted, all of the other scenarios that happen when abortion is criminalized and forced into back alleys.”

More than a dozen states with “trigger laws” tied to the prospect of Roe being overturned are expected within 30 days to ban abortion or severely restrict abortion access. Another five red or conservative-leaning states without trigger bans, including Iowa, Ohio, Georgia and Alabama, are likely to enact abortion bans or restrictions in the near future. This creates a checkerboard America where liberal states like California and New York guarantee abortion access while 26 or more states ban or sharply limit it.

The filmmakers behind The Janes and Reversing Roe say one class of women will bear the brunt of the decision.

“What’s really gruesome to contemplate is the impact on women of color,” Sundberg said, “in particular women of less than robust economic means. In our film, it was pretty clear that even at a time when there wasn’t legalized abortion, women with money had access to abortion, [though] not always safe.”

Lessin echoed that point. “Our film shows that the people who are disproportionately harmed when abortion isn’t protected are Black and Brown people, rural people, people who simply just can’t afford to travel across state lines. They can’t afford to be away from work. They cannot afford childcare for the children they do have so that they can leave town for a day or two.”

Reversing Roe traces the long evolution of the politics of abortion in the United States. Before Roe v. Wade, many in the GOP viewed abortion as a public health issue. As Sundberg noted in an interview with Kaboom Productions, “There were calls in various States to liberalize abortion laws to allow women to seek legal and safe care, and Gov. Ronald Reagan was the first to sign a liberalized abortion bill in California. Following the 1973 Roe v Wade decision, there was tremendous ideological pushback that placed reproductive rights as a central election issue and changed the political landscape of America.”

In retrospect, the debate over abortion in the pre-Roe time period appears much more tempered than today.

“The thing that is really chilling to me is that many of these laws that are being passed right now are much more punitive and much more restrictive than anything that existed during the era of The Janes,” Lessin commented. “There are no exceptions in some states for rape or incest victims. People are being essentially incentivized to spy on their neighbors and their family members and to turn them in… These [conservative] states now are seriously considering prosecuting the doctors who provide abortions to people who’ve traveled across state lines, and the people they serve. It’s pretty staggering.”

The filmmakers are alarmed about what may happen next. Justice Clarence Thomas, in a concurring opinion today, gave a preview, writing that the court should “reconsider” previous rulings that permitted contraceptives, homosexual activity, and same sex marriage.

“It is sort of just the tip of the iceberg,” Pildes said. “It’s such a culture war and war on women… We’re operating on such dangerous principles. It’s just starting to look like tyranny and the fall of a democracy.”

The Janes, which is expected to compete for Oscar recognition later this year, is available for streaming on HBO Max. Reversing Roe is streaming on Netflix. Trapped, Dawn Porter’s 2016 film on the expansion of TRAP laws or Targeted Regulation of Abortion Providers, is available to rent through Amazon Prime and iTunes.

Lessin cites another abortion themed documentary which is available on HBO Max, the Peabody Award-winning 12th & Delaware, directed by Heidi Ewing and Rachel Grady. “That was about these fake phony ‘crisis pregnancy centers.’ It’s a powerful document about abortion access in Florida.”

Available on various platforms is After Tiller, directed by Martha Shane and Lana Wilson, a documentary that centers on physicians who risk their lives to continue providing abortion health care services.

“There’s a lot of great work out there,” Lessin noted, “to shed a lot of light on this moment and hopefully engage people in some action to make change.”

Stern says those who bring up Reversing Roe on Netflix in the coming days and weeks will find it illuminating.

“The film is in some ways a history lesson. It’s also a cry for the future,” Stern said. “If we don’t take into account how we have come to this place today where we’ve lost this vital right, I think the film in many ways illustrates how we lost that right and potentially how we can gain it back.”

“I have a 9-year-old daughter. I will not live, I don’t think, to see a federally enshrined right to abortion. I think that that is gone,” Sundberg noted. “The thing I was going to say for me is how incredibly important it is to be engaged politically, to vote, to be aware. And this is something that starts to happen locally. It’s happening in your state houses. And it is now back in the States. So, it’s really time to get directly involved.”