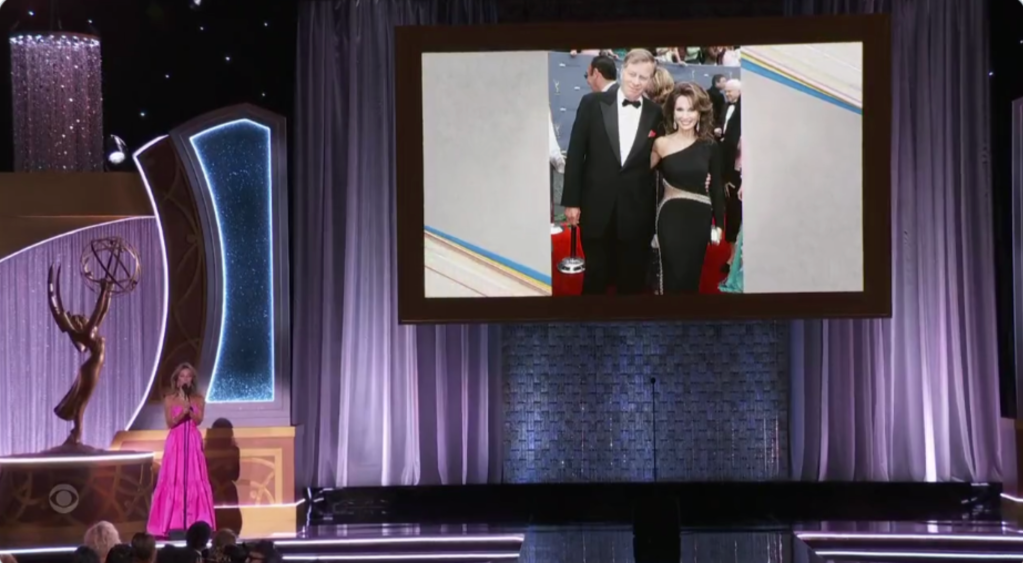 Susan Lucci, one of the most celebrated actors in daytime television history, returned to the Daytime Emmy Awards stage tonight to introduce the In Memoriam segment, which featured Michael Bolton performing his 1982 hit “How Am I Supposed to Live Without You.”

As she spoke of the Daytime Emmys “celebrating those whom we loved and have lost this year,” Lucci payed tribute to her husband and manager, Helmut Huber, who died March 28 at the age of 84.

“My husband was larger than life force of nature,” Lucci said, he voice cracking. “Helmut was the love of my life. They say that the grief is the price we pay for live. Well, grief is an excruciating price but I would not give up even one second of the love.”

With members of the audience also tearing up, Lucci kicked off the video montage. You can watch below her speech and the In Memoriam segment, which ends with a classic quip by TV legend Betty White whom we also lost this year.