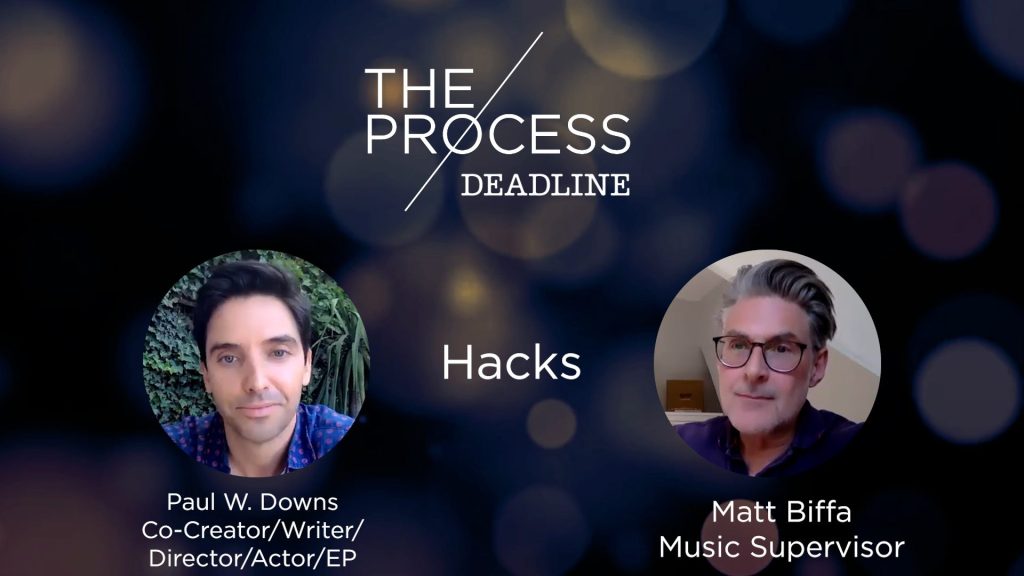 As Hacks‘ Paul W. Downs set out with co-creators Lucia Aniello and Jen Statsky to produce the HBO Max series’ first season, music weighed heavily on his mind. The multi-hyphenate has found the work of the music supervisor specifically to be “integral to the fabric” of each show he’s worked on, given its power to inform tone. And in the case of this show, a delicate tonal balance would have to be struck, music-wise, which honored its comedy, as well as its emotional depth.

The Peabody and multi-Emmy Award-winning comedy series explores the dark mentorship between legendary Las Vegas comedian Deborah Vance (Jean Smart) and her young, entitled writer Ava (Hannah Einbinder), seeing their dynamic continue to evolve in Season 2 as the pair travel across the country workshopping Deborah’s new stand-up act. The music supervisor tapped to accentuate the layers to these characters and their world was Matt Biffa, an Emmy-winning Londoner that Downs and his collaborators gravitated to, given his work on everything from Sex Education to I May Destroy You.

Ahead of Hacks‘ Season 3 renewal, Biffa joined Downs for a conversation as part of Deadline’s video series The Process, in which he discusses his draw to the series, the musical identities that he honed for its core characters, the evolution of the show’s music placements this year and his favorite Season 2 needle drops, music he’s discovered via Hacks‘ creators and online response to the show’s music supervision. Additional topics touched on include his early musical education via programs like Top of the Pops and The Old Grey Whistle Test, his journey from dump truck driver to music supervisor, the throughline in the projects he’s taken on to date and his process on them, the importance Netflix and Channel 4’s The End of the F***ing World had for him as a project and what it taught him, the brilliance of Breaking Bad‘s music supervision, and the reasons why the job of the music supervisor is getting more complex.

Downs speaks for his part to learning the power of music placement via series ranging from Six Feet Under to Dawson’s Creek, Biffa’s unique skill at hitting “a very narrow target” as a music supervisor, Hacks‘ sonic aesthetic and defining early musical selections for the show, Season 2 challenges from writing through production, how he and his co-creators work through disagreements regarding musical choices, how he balance’s his responsibilities as Hacks‘ co-creator, showrunner, writer, director and executive producer, along with his role as Deb and Ava’s agent Jimmy, his first “blue sky” to figure out Season 3, and more.

One Dead, Dozens Injured After Spain’s Medusa Festival Stage Collapses
Another Iconic Disney Parks Ride Is Getting A Movie
Top 10 Best DC and Marvel Crossovers
‘Ted Lasso’ Exec Producer Jamie Lee Signs With Brillstein Entertainment Partners
On My Screen: ‘White Lotus’ Star Jennifer Coolidge On Her Most-Quoted Role, The Part She Didn’t Get To Play & Why “Character Is Fate”