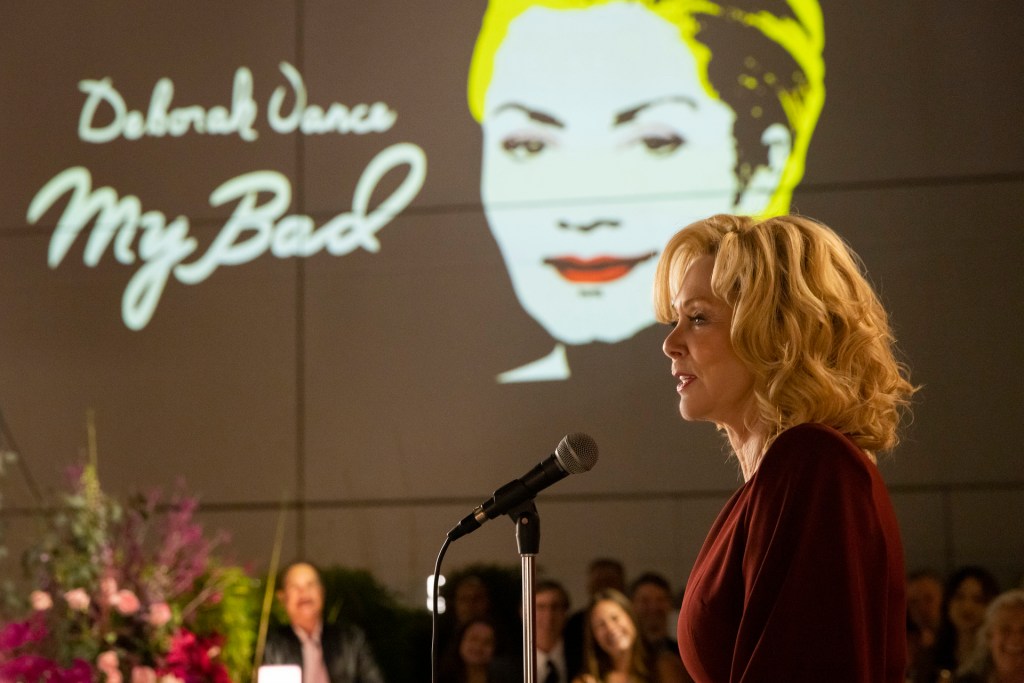 HBO Max’s Hacks earned 15 Emmy nominations and three wins in its debut season including Outstanding Lead Actress for Jean Smart and Outstanding Writing for a Comedy Series for its creators Lucia Aniello, Paul W. Downs and Jen Statsky. In Season 2, the comedy starring Smart and Hannah Einbinder took the show on the road.

The Season 2 finale, “The One, The Only,” is the latest installment of It Starts on the Page, Deadline’s annual series that highlights the scripts that serve as the creative backbones of the buzzy shows that will define the TV awards season. The scripts in our series are all being submitted for Emmy Awards consideration this year and have been selected by Deadline using criteria that includes critical acclaim, selecting from a wide range of networks and platforms and a mix of established and lesser-known shows.

Hacks centers on the relationship between legendary Las Vegas comedian Vance (Smart) and struggling and entitled young comedy writer Ava Daniels (Einbinder). In Season 2, Deborah and Ava go on a countrywide tour so Deborah can perfect her new routine, which is much more honest about her life and the struggles she has faced in her career.

“The One, The Only,” written by Aniello, Downs and Statsky and directed by Trent O’Donnell, begins at a Sotheby’s auction where Deborah and Marty (Christopher McDonald) are bidding against each other. After she wins, Deborah offers Marty the painting in exchange for allowing her to tape her special at the Palmetto. Meanwhile, Ava is offered a one-week job in L.A. which unfortunately means she would need to miss the taping.