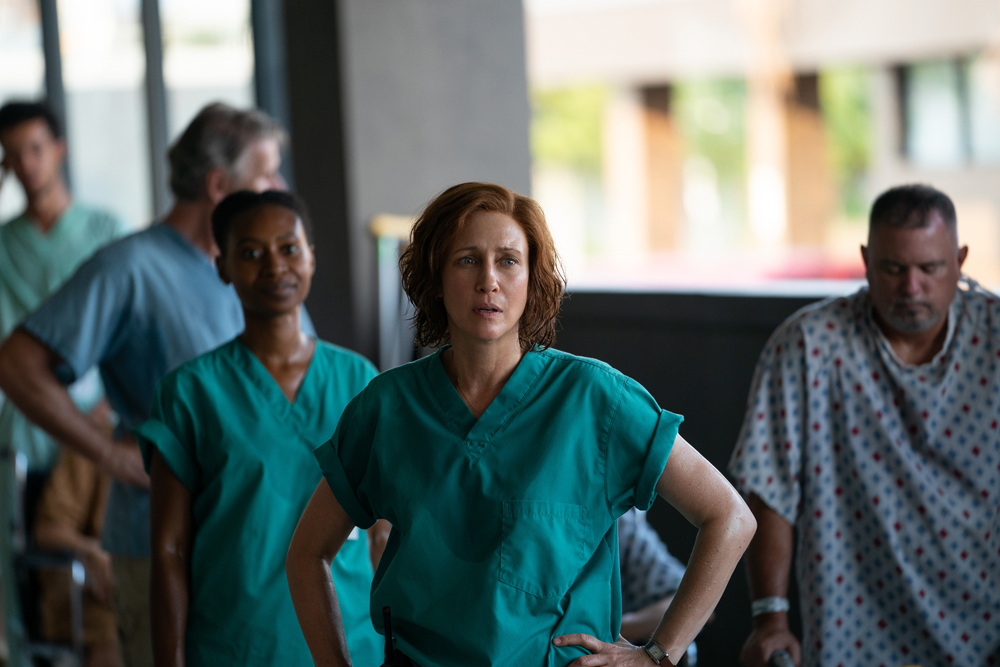 “There is nothing else to do for them except to them make them comfortable.” So says Vera Farmiga’s Dr. Anna Pou in the first trailer for Apple TV’s Hurricane Katrina drama Five Days At Memorial.

Written by EPs Oscar winner John Ridley and Emmy winner Carlton Cuse, the limited series chronicles the impact of Hurricane Katrina and its aftermath on a New Orleans hospital. In the five days following the storm, thousands were trapped inside Memorial Medical Center. When the floodwaters rose, power failed and heat soared, exhausted caregivers at the hospital were forced to make decisions that would follow them for years to come.

Five Days At Memorial is executive produced and written by Cuse and Ridley, and directed by Cuse, Ridley and Wendey Stanzler (For All Mankind, Dispatches From Elsewhere). Five Days at Memorial hails from ABC Signature, a part of Disney Television Studios.

The eight-episode series premieres globally on Apple TV+ with the first three episodes on Friday, August 12, followed by new episodes weekly every Friday through September 16.

Check out the trailer above.