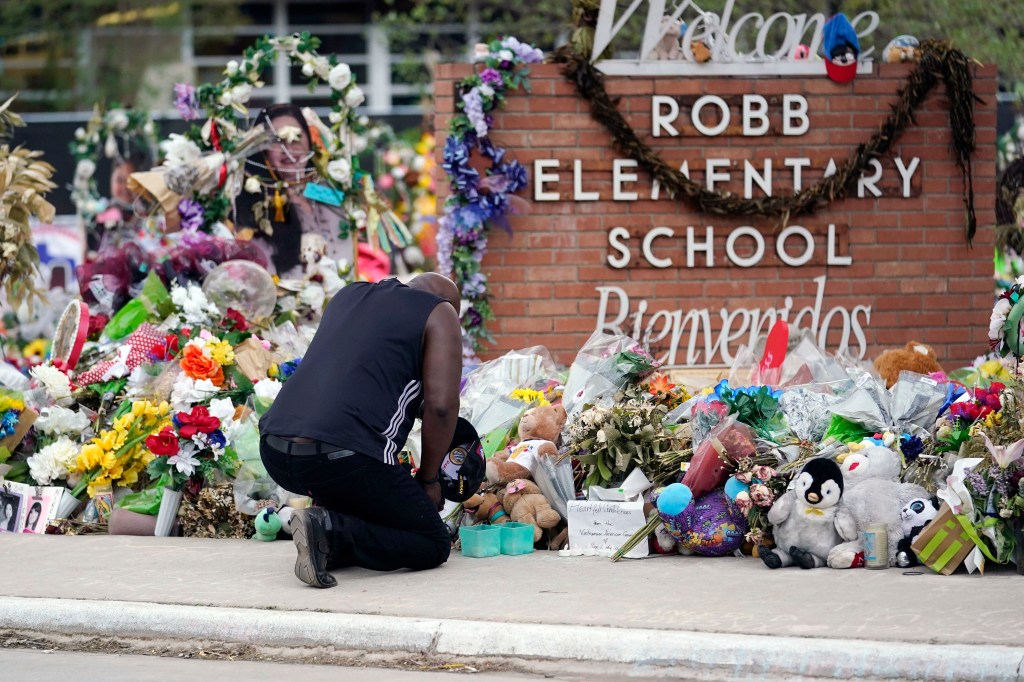 Parents and reporters were asked to leave Uvalde City Hall this afternoon before a Texas House of Representatives committee held a hearing to gather testimony from officers involved in the response to a school shooting that killed 19 students and two teachers and wounded 17 others there last month.

Video posted by CNN’s Shimon Prokupecz shows a fire marshal telling Prokupecz that they are being asked to leave the meeting because “someone is intimidated.”

As the conversation continues a chaplain walks by saying he’s “come down to protect our children.”

Another man, man whose nephew was reportedly among those killed in the shooting asks the fire marshal, “What people are intimidated, the officers?”

The fire marshal responds by asking the man — who is wearing a pin with a child’s picture on it and a “Uvalde Strong” t shirt — to leave the building.

“Are you a parent, sir?” Prokepecz asks the man as he walks out.

“Yeah, I am, and my kids are scared,” he responds.

Reporters were asked to leave Uvalde City Hall because people are intimidated by us. Texas legislators are meeting here with law enforcement behind closed doors. The fire marshal also told a local chaplain and father of a victim to exit from the building. pic.twitter.com/ukyTmtHbOt

According to the Associated Press, committee chair Dustin Burrows said the group would be hearing testimony from Uvalde Police, a school district officer and someone from the Department of Public Safety during the city hall meeting. Burrows reportedly made his opening statement and then blocked the public from listening to witnesses’ testimony.

Hearings will continue tomorrow in Austin, per AP.