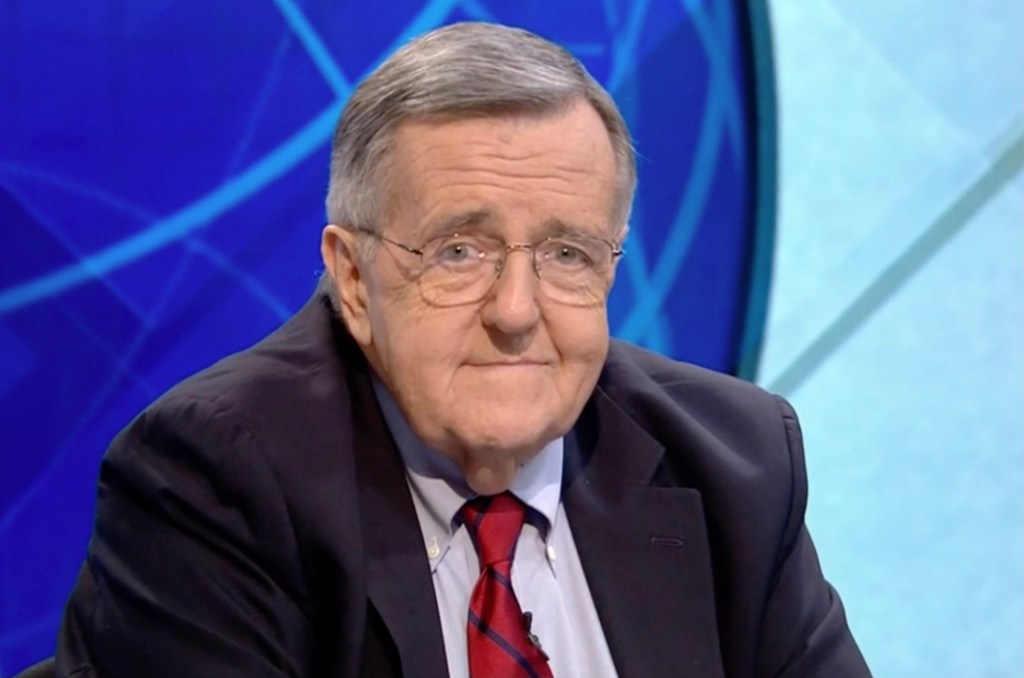 Mark Shields, who provided witty, informed and insightful analysis of politics on PBS NewsHour for more than three decades, has died.

Shields was 85. He died of kidney failure at his home in Chevy Chase, Md., on Saturday morning, a spokesperson for NewsHour told Deadline.

Judy Woodruff, the anchor of NewsHour, wrote on Twitter, “I am heartbroken to share this..the NewsHour’s beloved long-time Friday night analyst Mark Shields, who for decades wowed us with his encyclopedic knowledge of American politics, his sense of humor and mainly his big heart, has passed away at 85, with his wife Anne at his side.”

Shields started as an editorial writer at The Washington Post in 1979, after a career working as a legislative assistant and speechwriter for Senator William Proxmire and later on the 1968 presidential campaign of Robert Kennedy. He went on to hold senior positions in three other presidential campaigns, along with other races.

He also was a guest on other panel shows such as Meet the Press, and was part of the team that launched the CNN series The Capital Gang, which ran from 1988 to 2005.

On NewsHour, his on-screen counterpart in Friday night commentary was David Brooks and, before that, figures such as William Safire and Paul Gigot.

But unlike so many segments on cable TV pitting pundits from opposite ends of the spectrum, the PBS NewsHour segments were notable for their cordiality.

Brooks called Shields “one of the finest and beloved men I’ve ever known.” in a column he wrote when Shields retired, Brooks said that “we’ve had thousands of disagreements over the years, but never a second of acrimony. Mark radiates a generosity of spirit that improves all who come within his light.”

Information on services was not immediately available.