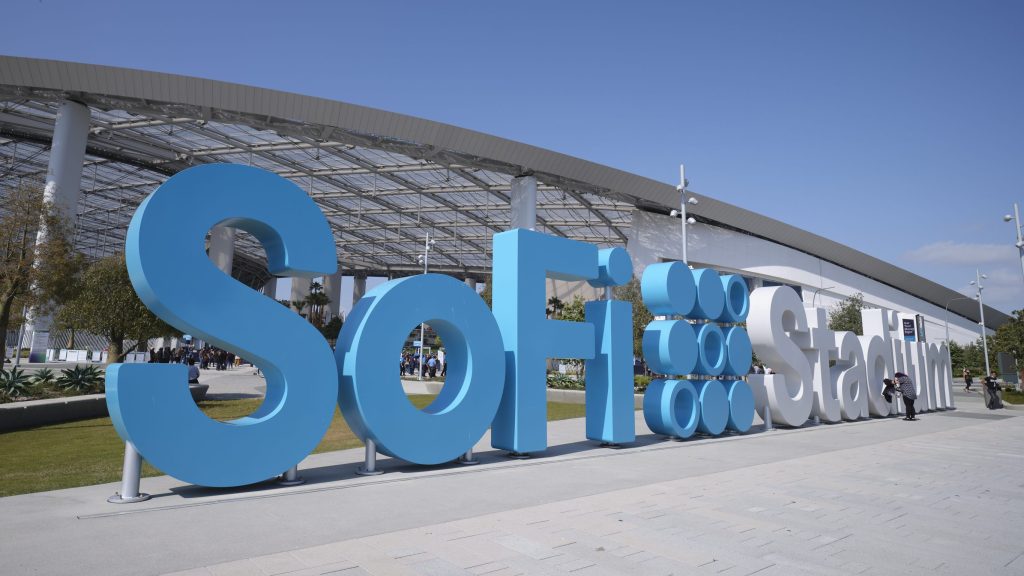 FIFA, soccer’s governing body, said Thursday that Inglewood’s SoFi Stadium, the home of the NFL’s Los Angeles Rams and Chargers and host of this year’s Super Bowl, is among the 16 venues that will host the 2026 World Cup.

The 2026 quadrennial global soccer tournament will feature an expanded 48 teams for the first time and be played across the U.S., Canada and Mexico.

The Rose Bowl in Pasadena, which hosted the last U.S.-based men’s World Cup in 1994 and the Women’s World Cup in 1999 including both finals, was not among the stadiums chosen today among the 16 host cities picked from a list of 22 and grouped by geographic region to better organize the various time zones that will be in play.

Most U.S. venues will need to make adjustments to their confines to accommodate wider soccer pitches and grass surfaces that will have to be installed in some stadiums including SoFi, the $5 billion complex that opened less than two years ago.

While not finalized, the organizing committee in its original bid book suggested a west-to-east flow for those knockout games, with the semifinals to be played in Dallas and Atlanta and the final to be played at East Rutherford, NJ’s MetLife Stadium. The opening games were suggested to run across all three countries including specifically in L.A. and Mexico City’s famed Azteca Stadium, both previous final hosts.

Today’s news comes as this year’s World Cup is being readied in Qatar, where it will run November 21-December 17. That’s later in the calendar year than the usual June-July corridor for the tournament, moved later owing to the hot conditions in the region. The U.S. plays Wales in one of four group-stage games during opening day and also must face England and Iran in their group.