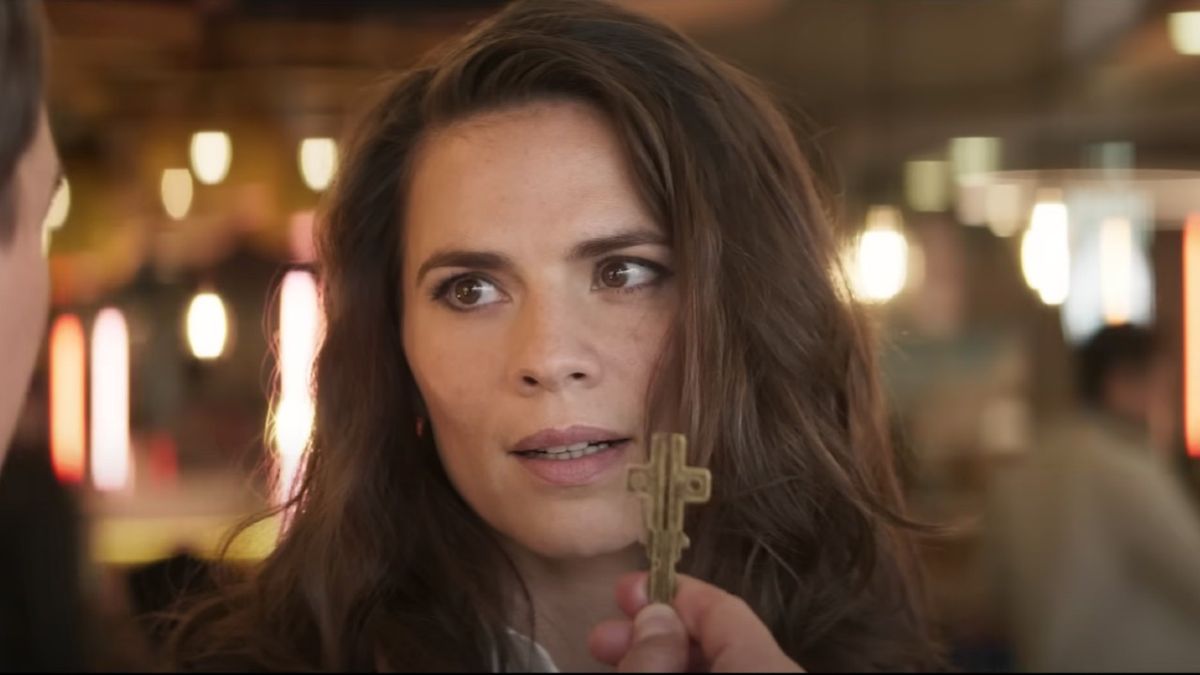 To many movie and TV fans, Hayley Atwell is known as Peggy Carter, one of the Marvel Cinematic Universe’s greatest heroes. However, come next year, the fan-favorite actress will also be known as Grace in Mission: Impossible – Dead Reckoning Part One. Not much has been revealed about the mysterious character at this point but, based on BTS photos we’ve seen, it appears that the star is going to take part in a fair number of stunts. And lucky for us, she’s spilling a few details on the feats she’ll be performing, even hinting at one that sees her “handcuffed” to co-star Tom Cruise.

Peggy Carter is certainly more than formidable and clever, but Mission: Impossible’s Grace sounds like a whole other thing. Hayley Atwell recently appeared at Awesome Con 2022 (via Fandom Spotlite), where she dropped a few details on the role she plays in the next two M:I films. While chatting about the character, she explained that she did stunt work in the seventh installment for sequences involving a moving train, a car and more. On top of that, what she apparently does with Tom Cruise’s Ethan Hunt sounds particularly wild:

So what I’m gathering from these teases is that writer-director Christopher McQuarrie is a mad genius (which I mean in the best possible way). The first trailer for Dead Reckoning Part One showed hints of some of the aforementioned stunts, but most shots highlighted Ethan Hunt. Now, I’m ready to see more of what Grace contributes to the core team.

I’d also wager that the sequence that apparently sees Hayley Atwell and Tom Cruise’s characters handcuffed together must be particularly interesting. Based on the comments, it sounds like one of Cruise’s now-iconic free-running scenes will become a two-hander. With them performing stunts like these, it’s easy to see why the two stars apparently became so close – and allegedly dated before breaking up.

Rumored romances aside, it really does appear that the cast and crew had fun while working on the film. The Marvel alum, in particular, shared fun videos and behind-the-scenes photos before she wrapped on the film this past September. Among the cool tidbits she shared were a snapshot of a ridiculous-looking outfit and a tease from the wild car stunt she mentioned in the quotes above.

All in all, it seems that Hayley Atwell had a blast filming the latest Mission: Impossible movie. It sounds like she and the crew put in a lot of work, but it’ll surely all be worth it when the fans are finally oohing and aahing while watching her fantastic feats on the big screen.