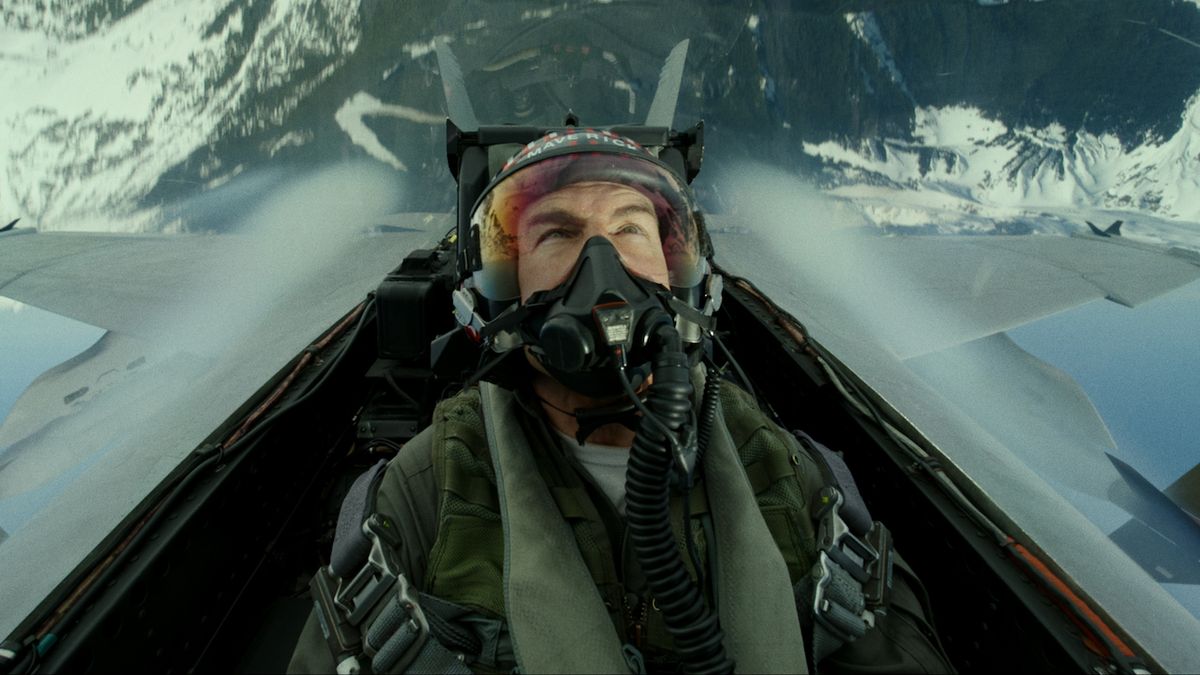 After a little over a week in theaters, Top Gun: Maverick has cemented itself as one of 2022’s biggest theatrical successes. Having made over $548 million worldwide at the time of this writing, the Tom Cruise-led currently stands as the fourth highest-grossing movie of the year. However, in the midst of box office triumph and earning critical acclaim from both professional reviewers and general audiences, Maverick now finds itself the subject of a lawsuit.

Paramount Pictures is being sued over alleged copyright infringement by the family of Ehud Yonay, the author of the 1983 article “Top Guns,” which inspired 1986’s Top Gun (which the sequel ends up improving). As reported by CNBC, Shosh and Yuval Yonay, Ehud Yonay, claim that they sent Paramount notice in 2018 that they would reclaim the copyright to that article in January 2020. The Yonays allege that Maverick didn’t finish production in 2019, i.e. prior to the copyright’s transfer, but rather in May 2021, so they’re not only suing Paramount for unspecified damages, including some of the movie’s profits, but also looking to prevent the studio from distributing it and “further sequels.”

Top Gun: Maverick began preliminary production at the end of May 2018, and principal photography concluded sometime in April 2019. The plan was to release Maverick in late June 2020, but then the COVID-19 pandemic happened, and that led to a string of delays, and Tom Cruise’s latest movie ultimately opened wide on May 27, 2022. It is worth noting that although it doesn’t appear as though Maverick went through a reshoots period, director Joseph Kosinski did supervise the editing and post-production work during the pandemic. As such, it’s correct that Maverick wasn’t technically finished by the time the copyright to the “Top Guns” article was reclaimed by Shosh and Yuval Yonay, which could provide ammunition for their case.

Since this lawsuit has only just been filed, it could be a while until we get an update on what the next step is, including whether it goes to trial or if this matter is settled out of court. For now, Shosh and Yuval Yonay are being represented by Marc Toberoff, a intellectual property attorney who specializes in copyright and entertainment litigation. Toberoff is also representing several comic heirs who want to terminate Disney’s full rights to certain Marvel characters, as well as Victor Miller, writer of the original Friday the 13th movie, who’s locked in a legal battle over the rights to Jason Voorhees.

This is a dark spot on an otherwise stellar run for Top Gun: Maverick. Among its box office accomplishments are becoming Tom Cruise’s highest opening weekend ever, overtaking Pirates of the Caribbean: At World’s End as the highest opening for Memorial Day weekend, and surpassing Cruise’s 2005 flick War of the Worlds to become the actor’s highest-grossing movie domestically. Plus, Maverick’s financial success means that Cruise has now had at least one #1 movie at the box office for five consecutive decades.

Whether you’ve already seen Top Gun: Maverick or have yet to catch it on the big screen, be sure to read CinemaBlend’s review of the movie and keep checking back with us for more coverage about it. Maverick will also become available for Paramount+ subscribers to stream sometime later this year.