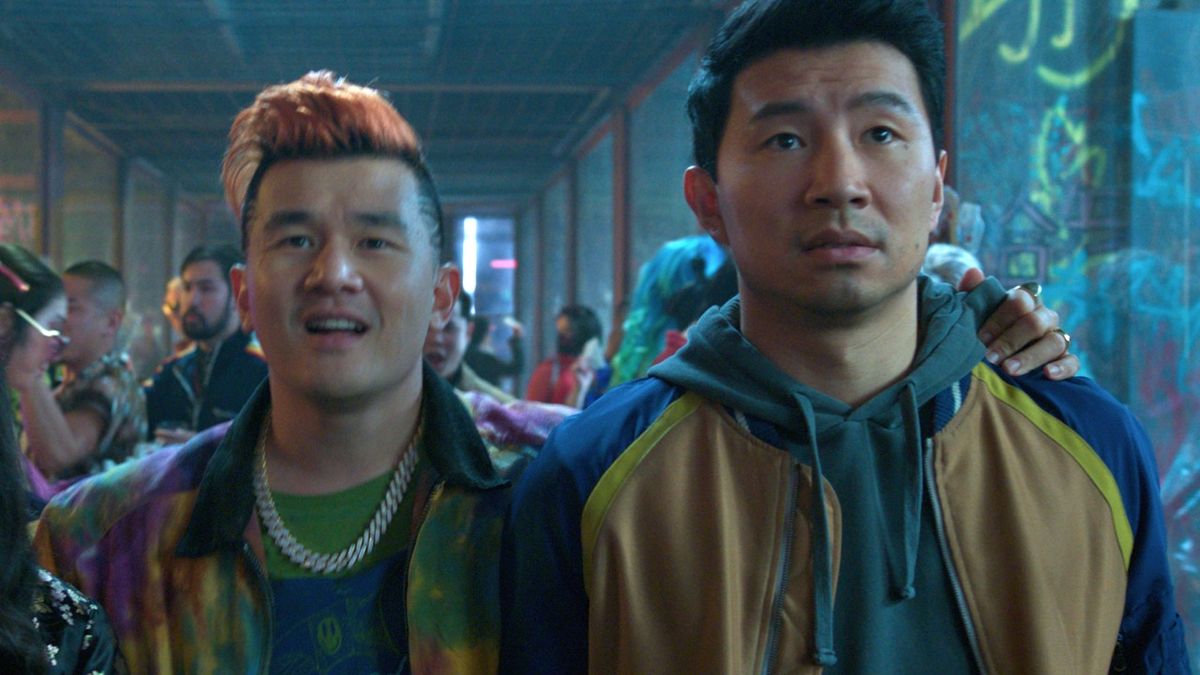 Shang-Chi and the Legend of the Ten Rings made Simu Liu a bonafide movie star. The superhero film gave audiences the wonderful friendship of Shang-Chi and Awkafina’s Katy, but there’s another friendship they might’ve missed. The Marvel film exposed the hilariously sarcastic friendship between Liu and The Daily Show’s Ronny Chieng. So it should be no surprise that the Shang-Chi actor took a shot at Chieng while thanking Ryan Reynolds and Olivia Munn for their kind book words.

Of course, the Kim’s Convenience alum dug up his infamous stock photos – this time, it was Zumba – to celebrate his memoir We Were Dreamers: An Immigrant Superhero Origin Story making the New York Times Bestsellers list. In celebrating the momentous occasion, the stock photos popped on Liu’s Twitter as he thanked Olivia Munn and Ryan Reynolds for writing blurbs for his book. At the same time, he decided to thank a nice swipe at his Shang-Chi co-star.

In celebration of We Were Dreamers hitting the New York Times Bestsellers list, I am reclaiming my Zumba stock photos!! Thanks to everyone who bought a copy, and @OliviaMunn and @VancityReynolds for their amazing back cover blurbs. Both way better than @RonnyChieng’s. pic.twitter.com/jFlUS73HrzMay 31, 2022

Ouch! That’s how you thank a friend for writing a book blurb for you. But Liu’s post was just a response to Chieng’s less-than-stellar words on the book jacket. Of course, it was in true Chieng fashion with his trademark sarcastic wit, so there’s nothing like getting a little online payback. Much like frenemies Reynolds and Hugh Jackman, the Shang-Chi co-stars are close enough to take shots at each other.

The Barbie star’s jab at his co-star and friend was nothing new, as the men have gone back and forth on and off-line for some time. Their internet “feud” goes back to 2017, when Simu Liu posted one of his thirsty shirtless pics. Immediately, Ronny Chieng jumped on Twitter to chastise the actor for not working hard enough for more abs. After Liu quipped Chieng was acting like an “unimpressed Asian father,” the Daily Show correspondent ended the funny thread, tweeting,

But Chieng wasn’t the only one to get some jabs out. Simu Liu spearheaded the “Cancel Ronny Chieng” campaign after the comedian jokingly called for himself to be canceled after clapping back at online critics during his Netflix comedy special Speakeasy. The Shang-Chi actor wanted to help his friend get his wish by hopping onto Twitter.

Of course, the film and TV actor had no qualms about getting his co-star canceled. At least both actors have enough of a rapport to throw out jabs, quips, and inside jokes without it being mean-spirited. It appeared their online back-and-forth is just their special form of communication.

If you want to relive all of Shang-Chi and Jon Jon’s best scenes, you can get a Disney+ subscription to watch Shang-Chi and the Legend of the Ten Rings. The Shang-Chi sequel is also currently in development, so audiences might get more scenes featuring Liu and Chieng. In the meantime, there are a number of upcoming Marvel movies to occupy Marvel fans’ time.