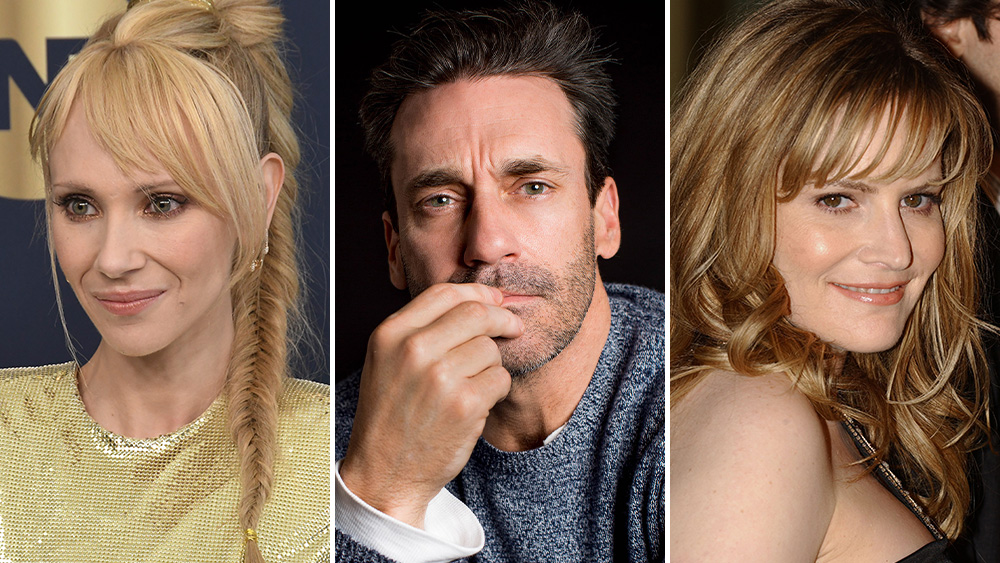 As usual, Hawley is not revealing much about the plot of the new season, which the series’ most contemporary to date. Set in 2019, it answers the questions, when is a kidnapping not a kidnapping, and what if your wife isn’t yours?

Previous seasons of Fargo have been headlined by Billy Bob Thornton, Kirsten Dunst, Ewan McGregor and Chris Rock, among others.

Fargo creator, writer, director and executive producer Hawley, and his production company 26 Keys, lead the creative team of the latest installment of the true crime story. Warren Littlefield, and his production company The Littlefield Company, also serves as executive producer along with Joel & Ethan Coen, Steve Stark of Toluca Pictures, Kim Todd, and Vincent Landay. Fargo is produced by MGM Television and FX Productions, with MGM Television serving as the lead studio and MGM distributing the series internationally.

Hamm, Emmy winner for his starring role on Mad Men, is currently seen in the boxoffice mega hit Top Gun: Maverick. He is repped by CAA, Forward Entertainment, and Sloane, Offer, Weber & Dern.

Leigh next stars in Season 2 of Prime Video’s Hunters. She is repped by CAA and Untitled Entertainment.

Thor: Love and Thunder Movie Clip – The One That Got Away (2022) | Movieclips Coming Soon
Eminem Describes Finding Therapy in His Music During Rare Interview
‘The Split’ Producer Sister Options Rights To Abi Morgan’s ‘This Is Not A Pity Memoir’; Morgan Attached To Direct
Summer House Star Paige DeSorbo Says She Packed This $20 Swimsuit for the Past 3 Seasons
Lily Anne Harrison Is Pregnant, Expecting First Baby With Peter Facinelli