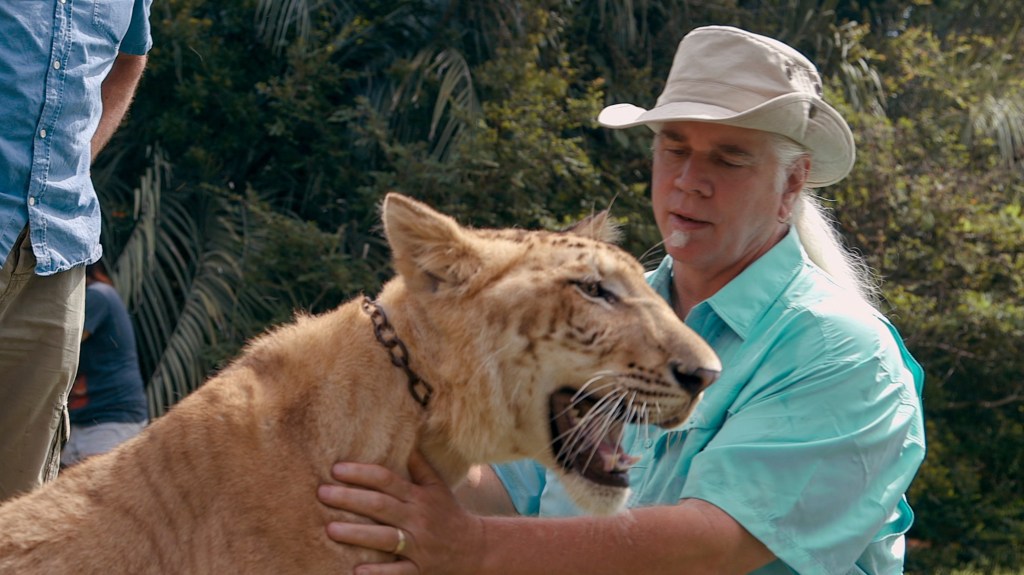 Bhagavan “Doc” Antle, who was featured on the first season of Netflix’s Tiger King, was arrested this afternoon by the FBI, according to multiple reports. The reasons for his arrest in Horry County, South Carolina were not disclosed.

Antle, who was a magician before he founded his first private zoo, now owns and runs Myrtle Beach Safari which features big cats and other endangered species.

In 2020, Antle was charged in Virginia with two felony counts related to wildlife trafficking. He has also been the subject of allegations about inappropriate relationships with minors. He was further accused of operating a cult at his Myrtle Beach business. Antle denies the claims.

The zookeeper was hired as an animal expert on films like Dr. Dolittle and provided animals for movies such as Mighty Joe Young, The Jungle Book and The Jungle Book 2. Antle is also credited as a “principle animal trainer” on the Ace Ventura films.

After his stint on Season 1 of Tiger King, he became the subject of Netflix’s Tiger King: The Doc Antle Story, released in 2021.