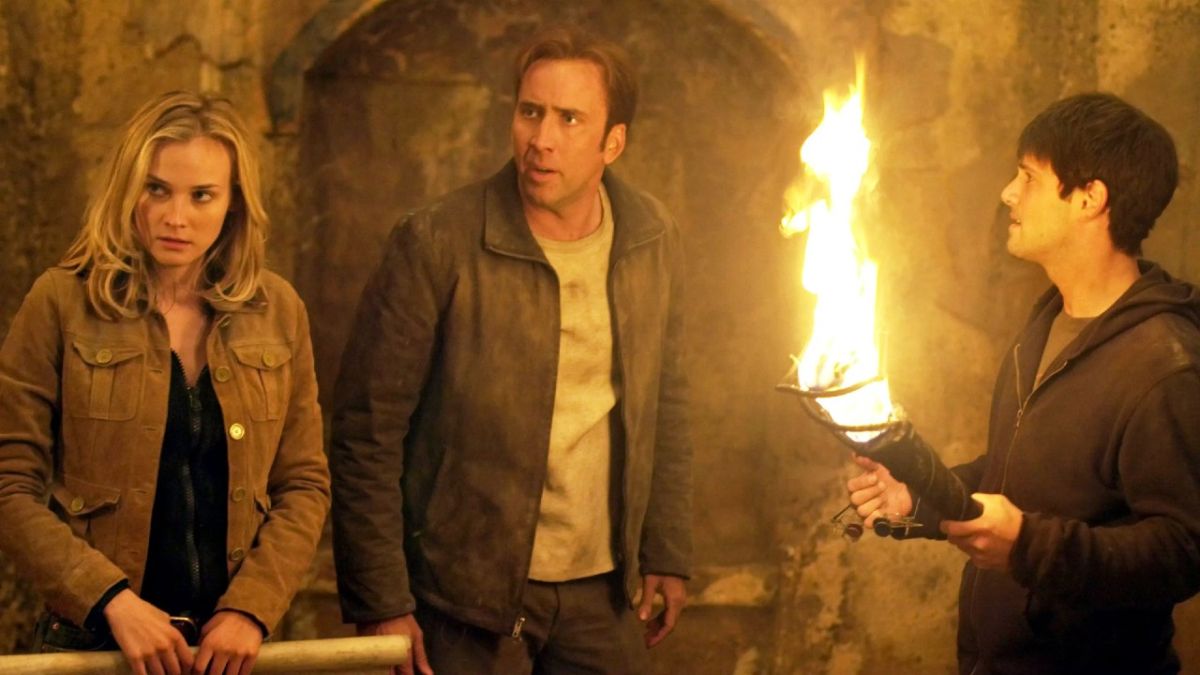 Do you remember Disney’s National Treasure? It was the 2004 historical adventure film starred Nicolas Cage, Diane Krueger, and Justin Bartha as treasure hunters who search for history’s lost valuables. It spawned a sequel three years later, and a third film was expected. But since then the production has seen so many delays, making the threequel feel like an impossibility. Well, if you’re still wondering about its status and whether Cage will star in it, producer Jerry Bruckheimer has offered an update.

A few years ago, it was announced that National Treasure 3 is back on track, but not much has been said since. A fan recently asked Jerry Bruckheimer (on a Reddit message board) if he planned on working with Nicolas Cage again anytime soon. And the veteran producer provided a response that’s sure to get people excited:

There have been a number of theories as to why National Treasure 3 never made it past the planning stages. Nicolas Cage believed it was because of the reception to his mainstream films didn’t like Ghost Rider, The Sorcerer’s Apprentice and Drive Angry. The latter two received mixed reviews from critics, while the first was received negatively. However, Nicolas Cage’s latest movie, The Unbearable Weight of Massive Talent was, at one point, rolling with a perfect 100% on Rotten Tomatoes, proving that he does still have some strong performances in him.

The Disney franchise’s director, Jon Turteltaub, felt the studio was wrong to shelve the threequel. Considering the first movie grossed over $350 million at the box office and the sequel grossed $459.2 million, it seemed as though audiences were enjoying the adventure series.

Others speculate that the movie’s failure to reach theme park status is a reason for the film failing. Disney never figured out a way to incorporate it as into the theme parks as it did the Pirates of the Caribbean and Marvel franchises. Honestly though, there are plenty of ways it could have been brought to the Disney parks.

But it’s great to hear that things are a go now. And on top of that, a National Treasure TV series is in the works at Disney+. Bruckheimer says that the series has a younger cast compared to the film franchise, meaning it’ll likely have a different vibe. The series has a heavy hitter in the form of Catherine Zeta-Jones, who plays a treasure hunter who lives by her own code. Not only that, bu OG cast member Justin Bartha is returning and will reprise his role comedic sidekick Riley Poole.

It’s been a long road, but the future appears to be bright for the Nicolas Cage-led franchise. Jerry Bruckheimer has delivered some major blockbusters in the past, so I’m hopeful that he and Cage can produce something that stacks up to the first two movies. And while you wait for the third installment, you can stream those two flicks with a Disney+ subscription.

After Johnny Depp And Amber Heard’s Final Judgment Is Rendered, Her Rep Made A Bold Comparison
‘Elvis’ Shakes, Rattles & Rolls To $31M+ In Fierce Dance-Off At Box Office With ‘Top Gun: Maverick’
Carolyn Murphy Ushers in Summer With a New Collaboration
The Armed Announce New Live Concert Film and Soundtrack
Tom Hanks Addresses His Role In Philadelphia And Whether He’d Play A Gay Lead Character Today