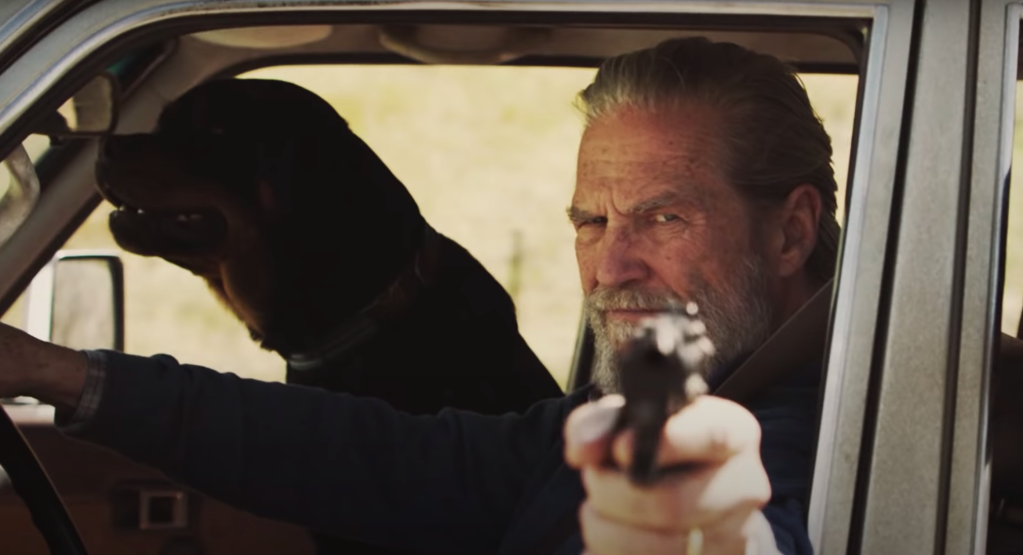 There’s a moment about a minute into the first trailer for FX’s new series The Old Man when we see a literal montage of greatest hits from Jeff Bridges’ ex-CIA operative, Dan Chase: He gives one man a combination Spock pinch/Akido move, slams another man’s head into a desk while firing a gun at an assailant and is seen choking another man under a stylish red light.

We then hear Bridges’ character warning the FBI suit (John Lithgow) who’s pursuing him, “Any more you send after me I’m sending back in bags.”

That’s the kind of tough, pithy quote that has launched a hundred action franchises since at least First Blood.

Based on the bestselling novel of the same name by Thomas Perry, The Old Man stars Bridges, Lithgow and Amy Brenneman. It centers on the aptly-named Chase (Bridges), who absconded from the CIA decades ago and has been living off the grid since. When an assassin arrives and tries to take Chase out, the onetime operative learns that to ensure his future he now must reconcile his past.

FBI Assistant Director for Counterintelligence Harold Harper (Lithgow) is called upon to hunt him down. He, of course, has a complicated past with the rogue fugitive. Working alongside Harper is his protégé Angela Adams (Alia Shawkat) and CIA Special Agent Raymond Waters (E.J. Bonilla).

At one point, Chase rents a room from Zoe McDonald (Brenneman) who faces unexpected challenges after she learns the truth about her new tenant. Gbenga Akinnagbe, Bill Heck, Leem Lubany, and Pej Vahdat also star in the drama series.

The series is written by Black Sails co-creators Jon Steinberg and Robert Levine.

It is exec-produced by Fargo and The Handmaid’s Tale’s Warren Littlefield, Bridges, Steinberg, Levine, Dan Shotz and David Schiff and produced by Fox 21 Television Studios in association with The Littlefield Company.

The first two episodes of The Old Man’s seven-episode season premiere June 16 at 10 p.m. ET/PT on FX, with streaming available the next day on Hulu.