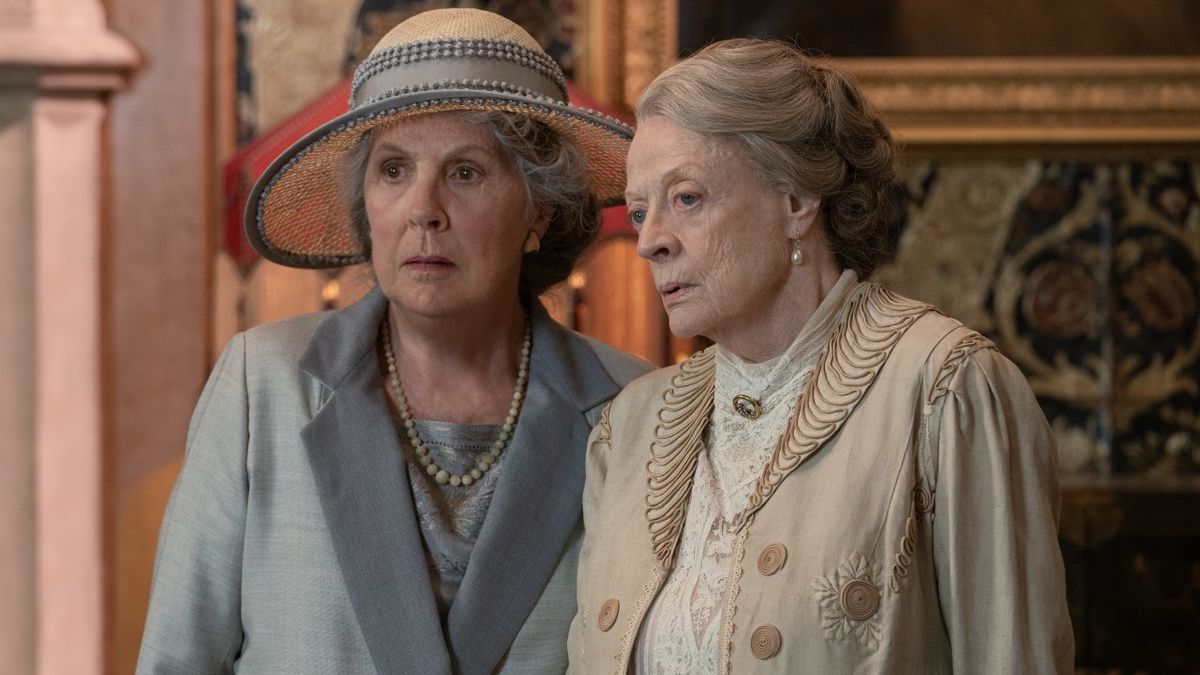 One of the most important rules in Downton Abbey’s universe has always been that the Dowager Countess always gets the last word. Through six seasons, and now two motion pictures, it’s one of the most sacrosanct tenets to this iconic series. That didn’t stop Penelope Wilton, the actor behind the Countess’ frequent sparring partner Lady Isobel Merton, from trying to alter the rules of the game. This led to a funny story involving that very Maggie Smith-oriented request for one of the most anticipated upcoming movies, Downton Abbey: A New Era.

In an interview with The Daily Mail, Wilton complemented Smith on her skills when it comes to filming a good argument. Though part of the equation is definitely credited to the writing of creator Julian Fellowes, which is why Penelope Wilton made this specific request:

Reading through that funny denial of Penelope Wilton’s request, it may look like Downton Abbey’s creator and writer is playing favorites. Though Lady Isobel certainly gets a good number of zingers in from time to time, her verbal tennis matches with Violet Grantham do tend to favor the most revered woman at the Downton estate. Unless there’s a very good reason to have her win, Wilton’s character doesn’t normally get to prevail.

It may have something to do with the teenage experience that inspired Julian Fellowes to create Downton Abbey in the first place. While it wasn’t an instantaneous creation that sprang from a vacation the young Fellowes had taken, whatever inspired the character of the Dowager Countess must have been a strong notion. It was certainly strong enough for him to write a very similar character for Maggie Smith in his film Gosford Park, and that formula carried over quite handily to his Downton days.

The trailers for Downton Abbey: A New Era have only continued to put specific importance on Maggie Smith’s Violet Grantham. As her recent inheritance of a French villa sparks a ton of questions about her past, the Dowager Countess’ influence touches pretty much the entire film. This is even more of a reason for her not to pull any punches, especially against Penelope Wilton’s equally revered character.

Just as Fellowes doesn’t kill Downton characters without specific rationale, the Dowager Countess can’t lose a fight without a reason. Should the reports of an iconic character’s demise in A New Era be true, and if Violet Grantham is indeed the one saying her final goodbyes, the world certainly wouldn’t want to see her depart in anything but top form. Even Lady Isobel would be inclined to agree with that statement, though it would pain her to admit as much.

Downton Abbey: A New Era is currently showing in UK cinemas, with its big US debut taking place on May 20th. Peacock subscribers looking to revisit the series and/or the previous motion picture event are in luck, as at the time of this writing, it is the current home for all things Grantham. Though all who are relying on Netflix to engage in such a refresher should take note, as all six seasons will be leaving by the end of May.