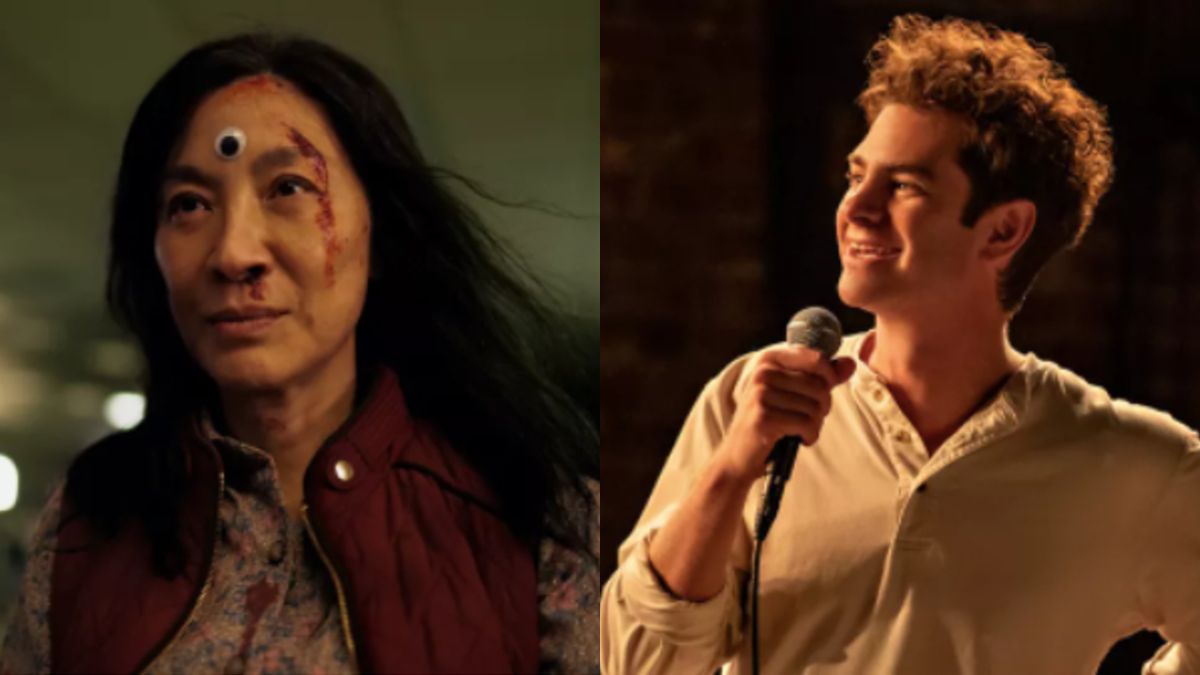 Andrew Garfield has been coming back on top ever since his Peter Parker returned for Spider-Man: No Way Home. He starred in Oscar-nominated hits like The Eyes of Tammy Faye and Tick, Tick…Boom, but now there’s another reason to want to eat up Andrew Garfield: his… fingers? The Spider-Man actor has made a new friend in Everything Everywhere All At Once’s Michelle Yeoh, who shares her reaction to him walking around sporting hot dog fingers.

In the A24 box office hit Everything Everywhere All At Once, Michelle Yeoh plays a laundromat owner on a quest to save the multiverse. At the Met Gala wearing a beautiful mint green dress, The Cut tweeted a video of them asking the Crazy Rich Asians star what she thought of Andrew Garfield wearing hot dog fingers and her reaction was nothing short of amazing.

Clearly The Social Network actor is a fan of the film’s brilliant trip through the multiverse despite Peter Parker not having a cameo. Andrew Garfield was seen in a fan’s tweeted video leaving The View studio in New York City donning latex hot dog finger gloves as a nod to Michelle Yeoh’s newest film. Why hot dog fingers, you may ask? In the science fiction film, there’s one alternative reality where everyone has long, rubbery hot dogs for fingers. Now I’ll never look at a hot dog the same way again without picturing a nail bed laying on the tip!

Andrew Garfield wearing the @a24 hot dog fingers from #EverythingEverywhereAllAtOnce is quite possibly the best thing I have ever seen. I think he liked it, @dunkwun 😁 pic.twitter.com/Fm8Sf3LlxjApril 28, 2022

This bizarre alternate reality is just one of the reasons why you need to see Everything Everywhere All At Once. We see Michelle Yeoh kick ass yet again showing off her martial arts moves. This newest A24 film is also an amazing chance to see something original and mind-bending compared to the usual reboots, sequels, and spinoffs. It’s such a change of pace to see a film where you have no idea what will be coming next. What personally took me by surprise was being able to see Ke Huy Quan join the cast, who starred in ’80s adventure films like Indiana Jones and the Temple of Doom and The Goonies. With the representation of the Asian community and exploring the theme of generational trauma, this is an original film everyone should add to their watchlist.

The cinematic world is not done yet with Michelle Yeoh. She’ll still be kicking ass on the big screen playing a mysterious role in Avatar: The Way of Water. Does that mean we’ll be seeing Michelle Yeoh in blue? Let’s hope James Cameron can find a way to incorporate those martial arts moves of hers somehow. Since Andrew Garfield plans on taking a break from acting, it looks like he’ll have plenty of time to see James Cameron’s long-awaited film featuring his newest fan.

You can wear your own hot dog fingers as you watch the 2022 movie release Everything Everywhere All At Once in theaters now.