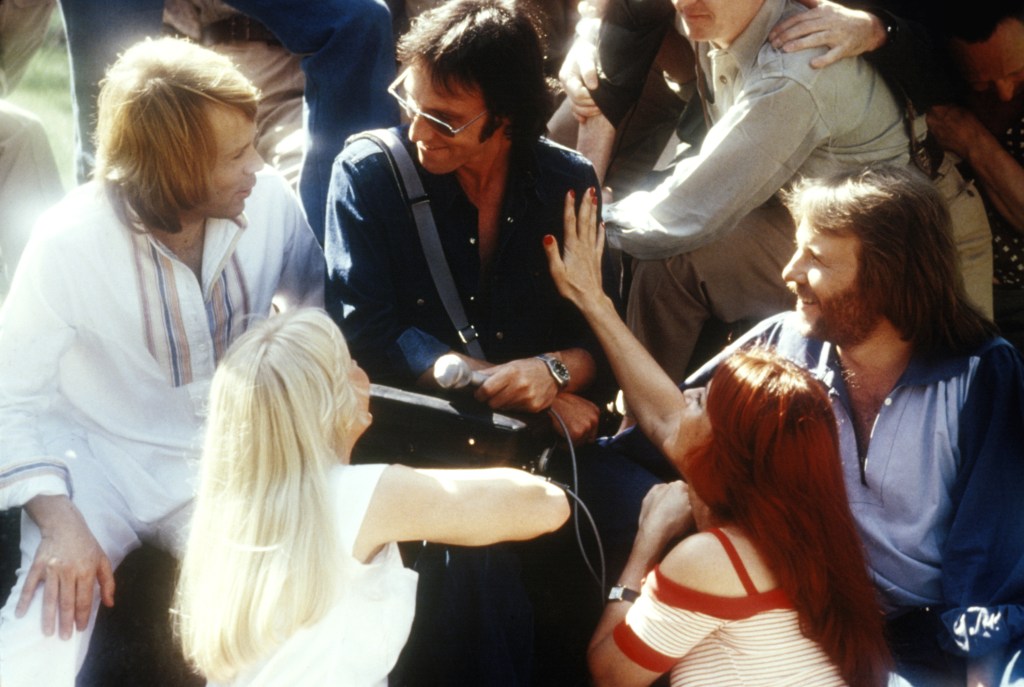 Trafalgar Releasing and Warner Bros. will present a digitally remastered ABBA: The Movie for two night in May to celebrate the Swedish pop sensation’s 50th anniversary.

The film was shot by director Lasse Hallström during the group’s hugely successful 1977 Australian tour and first released that year. ABBA: The Movie – Fan Event “will take attendees on a flashback journey to the 1970s when disco reigned supreme, and ABBA were international pop royalty,” the announcement said. The screenings will run on May 12 and 14 at 450 theaters across the U.S. and Canada.

The film stars the members of ABBA, Anni-Frid Lyngstad, Benny Andersson, Björn Ulvaeus, and Agnetha Fältskog and is a rare look at the group during the height of their popularity including backstage footage as well as full-length performances of some of ABBA’s greatest hits including Dancing Queen and Name Of The Game.

The movie’s subplot is a mockumentary-style story of a country radio disc-jockey who attempts to land an interview with the band, while a dedicated bodyguard does everything he can to block it.

“This will be such a fun event for fans to come together and experience ABBA on the big screen for the first time since the 1977 release,” said Kymberli Frueh, Trafalgar’s SVP of Programming and Content Acquisitions. “We hope everyone will dig deep into their closets to find vintage 70s outfits to wear.”

ABBA: The Movie DCP was remastered from IP and scanned at 2K resolution. During the remastering process, dirt, scratches, and stains were digitally removed and the audio restored. The remaster was completed at Motion Picture Imaging on the Warner Bros. studio lot.