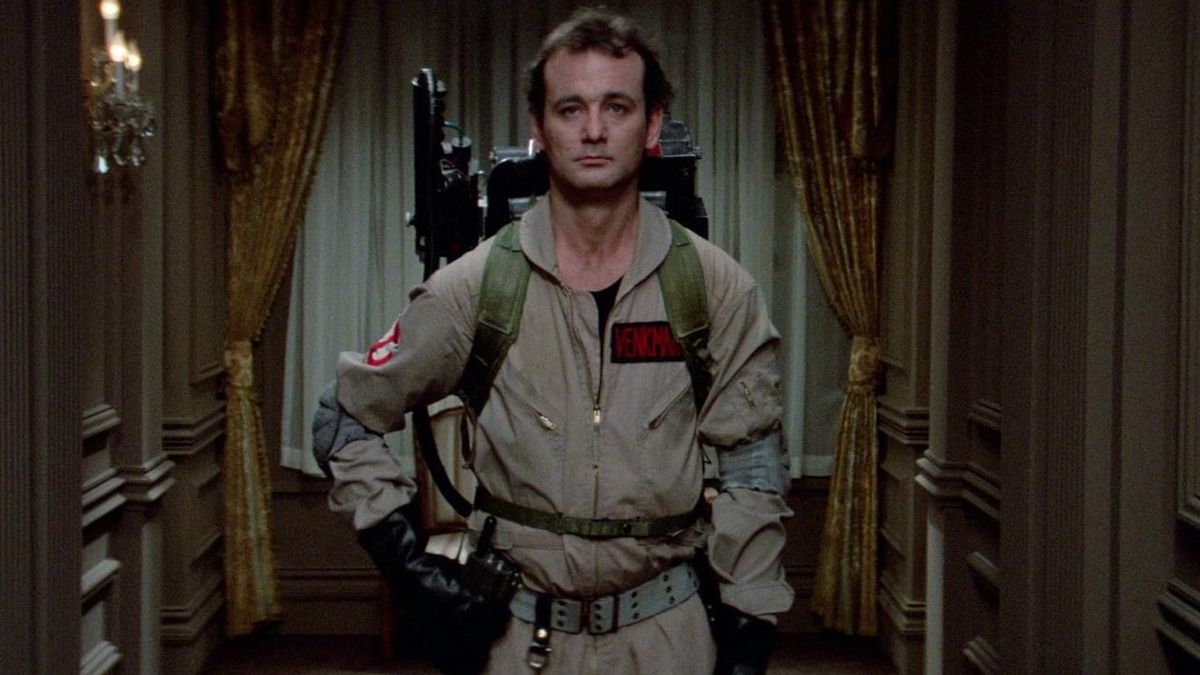 There’s a lot to love about those original two Ghostbusters films. There’s the A+ cast, the paranormal creatures and of course, the pitch-perfect humor. One of the most iconic aspects of the franchise, however, has to be the team’s signature capture devices, proton packs. The hefty-looking objects are set to return in a big way in the long-awaited sequel, Afterlife. However, according to the film’s stars, these particular packs will be somewhat different from the ones used in the original films. And of course, returning star Bill Murray had a classic take when discussing them on the set of the new film.

Ghostbusters: Afterlife sees a new team of paranormal investigators taking the reins, and the group includes Stranger Things’ Finn Wolfhard and Captain Marvel alum McKenna Grace. The two recently spoke about their work on the upcoming film and were asked about acting while wearing the proton packs, to which Wolfhard explained that these packs were actually lighter than the ones used in the films of the ‘80s. This apparently caused Bill Murray to react in an on-brand way:

The young actor’s comments on Today definitely sound like they came from the Bill Murray we’ve come to watch over the years, though it’s hard to blame him for feeling that way. As cool as the proton packs were, they didn’t look all that comfortable to carry around. But at the very least, he was seemingly able to appreciate the updates during his long-awaited return to the role of Dr. Peter Venkman.

This isn’t the first time the public has heard comments from the 71-year-old actor about his work on the film. At one point, he described the process as being “really hard,” citing the special effects-heavy moments as being the most challenging to shoot. And though the proton packs were lighter this time around, he still made note of the fact that they’re not all that comfortable in general.

Nevertheless, it’s because the production was so hard that he believes the film will succeed. In the past, he’s praised the screenplay and believes it will work due to the emotion and family elements that are present. And like so many others, he’s also seemingly become enamored with the Mini-Pufts that appear in the film. And given how adorable they are, who can blame him?

So far, the movie has received mostly positive reviews from critics, which could be an indication that it will live up to the expectations before it. We’ll see how well Bill Murray and his young co-stars can handle those proton packs when Ghostbusters: Afterlife opens in theaters on November 19.